How Do Hidden Wireless Cameras Work?

In this digital era, it is much easier to keep an eye on your office or home than ever before. Behind this advancement, wireless security cameras put a great deal of attention. Now you can easily add an extra level of security by using hidden wireless cameras where people don’t even know you’re monitoring.

Then the receiver catches the signal and converts it back into a photo. This way, you get full videos from your hidden wireless camera. To know more details in this regard, keep reading this article.

What Does Wireless Hidden Camera Mean?

A Wireless hidden camera is a device that is capable of recording videos of objects or locations without the subject’s knowledge. Although this type of camera is hardly used for commercial purposes, hidden wireless cameras are used primarily for surveillance activities.

These cameras are also familiar as nanny cameras or nanny cams as the common use of hidden cameras in monitoring caregivers’ treatment of kids. Wireless hidden cameras come in various sizes and shapes that can be easily suited around your house.

The most common shapes of the hidden cameras are motion detectors, ink pens, plants, smoke detectors, dull, and so on. In addition, you will find a hidden camera clock that can be easily disguised in your house as an ordinary clock.

Why Should You Use Wireless Hidden Cameras?

Wireless means your cameras will not be equipped with any wire. This type of camera gets power from the chargeable battery. For that, you can easily set up hidden wireless cameras anywhere and anytime.

Using your smart device, you can live-stream your hidden wireless camera from remote locations. This means you can monitor the real-time video footage of your camera almost anywhere through your phone.

Motion detection is another excellent feature of hidden cameras that lets your camera activate when something moves around the coverages. You will receive a notification when the motion detector recognizes any change.

This type of camera is much more affordable than any wired surveillance system. As wireless doesn’t require any additional tools, you can easily buy one within your budget.

Wireless hidden cameras are available in many sizes and styles that can be easily disguised as a teddy bear or alarm clock. As a result, you can switch the placement of your camera as you wish.

How Do Hidden Wireless Cameras Work

Hidden cameras use wireless transmission to send and receive photos that make them convenient to use and easier to hide. Some camera models may have a cable to get powered, or some have rechargeable batteries to get power. Besides, it is unnecessary to have a cable from the camera to the receiver to get images on the hidden wireless camera.

A hidden wireless camera captures images just like any other video camera. When light passes through the camera lens, it focuses on a small plate of light indicators. Light indicators only measure red, green, or blue light, and then groups of three detectors are coupled to display a full image.

In a black and white security camera, each pointer only measures how much light there is in a compressed zone of the image. Some wireless cameras come with motors and motion detection features that follow all movements in the area.

Wireless hidden cameras contain small radio transmitters on their board. When the camera combines a complete photo, it turns the photo into a radio signal at a specific frequency. Although this transmitter is not powerful, it is enough to transmit the signal to a receiver in the same house. If you want to constantly monitor the hidden wireless camera, the video can be shown on the device’s screen in real-time.

The receiver has many functions depending on your purpose. If the hidden wireless camera wants to be continuously monitored, the image is displayed on the video screen in real-time. The photo can be recorded in certain storage media or in your device storage. Sometimes the receiver saves a few frames per second, creating a time-lapse photo of an area.

Most wireless hidden cameras come in small sizes so that they are easy to hide. Now, you may think about how long a hidden wireless camera can record.

Basically, a wireless hidden camera’s record capability depends on several factors, such as storage capacity and power of the battery. Generally, most hidden cameras have a recording capacity of 1 to 5 hours before the battery power is discharged.

This thing also depends on the camera’s memory storage space. Besides, if the cameras used night mode during nighttime, the recording time would be reduced to 30-50 minutes as the night vision mode consumes more power.

How Do Wireless Hidden Cameras Get Power?

You will find some hidden cameras that don’t have any wire. These types of cameras are ideal for where there is no main power option available. Basically, these wireless cameras get power from their inserted battery. The downside of this camera is that you have to frequently charge or replace its battery to keep the camera recording.

A hidden wireless camera allows you to monitor your house or apartment using a simple app installed on your smartphone. Without the subject knowledge, these types of cameras can be used for several purposes. For this camera’s size, one question may arise in your mind about how they actually work. For that, through this context, we have tried to let you know how hidden wireless cameras work.

Typically, a hidden camera broadcasts videos using wireless transmission technology to send and receive images. First, it detects the image through the lens and turns it into a specific frequency. Then the receiver grabs the signal and converts it into the video again.

How To Outline An Image Or an Object in Photoshop

The 7 Best Nikon Lenses For Wildlife Photography in 2022

The 9 Best Nikon Lenses For Traveling in 2022

How To Remove White Background In Photoshop

How Do You Take Professional Photos in a Car? 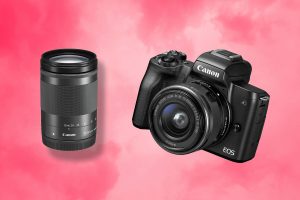 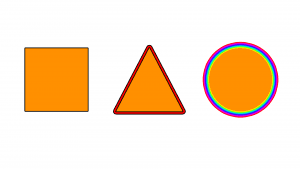 How To Outline An Image Or an Object in Photoshop 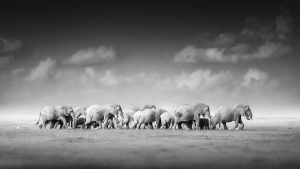 The 7 Best Nikon Lenses For Wildlife Photography in 2022 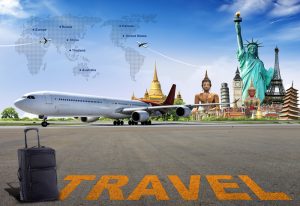 The 9 Best Nikon Lenses For Traveling in 2022

How To Remove White Background In Photoshop 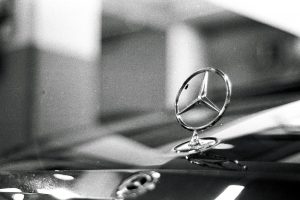 How Do You Take Professional Photos in a Car?