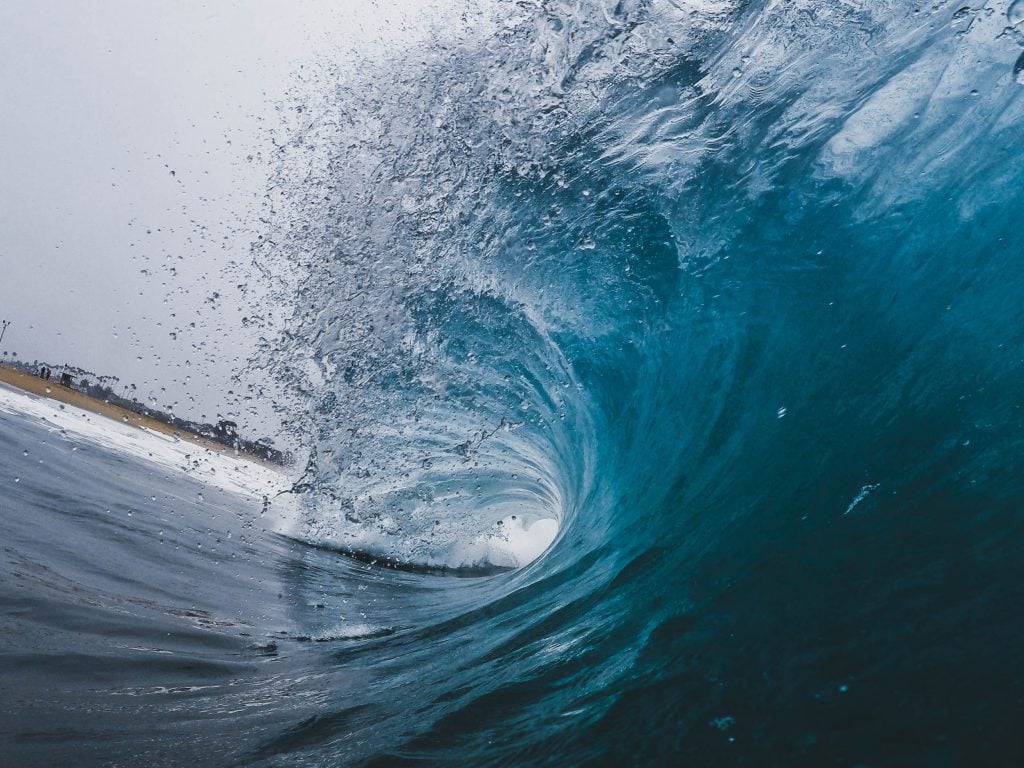 Getting the right action camera for your outdoor thrill rides can be a task. The wide range of options available in the market makes it harder to choose which one is the best for your needs. This SJCam SJ5000 review will focus on why the SJCam SJ5000x Elite action camera is called one of the best helmet-mounted action cameras around.

The growing popularity of action cameras is benefiting consumers. Companies battling it out in the market are incorporating more technologies to make their products stand out amid the competition. However, an action camera packed with the latest technologies does not necessarily mean that it is the best one around. This section will highlight features you must focus on when considering an action camera.

The quality of the action camera’s image sensor is the first thing you should look for when buying. This factor determines how clear your videos or photographs will come out. The intense competition in the market makes those in the mid-range segment capable action cameras just like their counterparts the higher tier of the category. Additional features to look for include image stabilization, zoom, and the ability to shoot low noise photos and videos in low light environment.

Given that most action camera users use this gadget while going on an outdoor adventure, it is best to get one that will survive the stress and external factors in that environment. A waterproof or water-resistant rating is a must for action cameras. Additionally, it must be made from materials sturdy enough to prevent breaking from a simple fall.

You would not like to find yourself wanting to shoot something only to find out that you’ve run out of battery. While the battery life is still an issue among action cameras, the latest editions of this gadget have incorporated longer battery life or technologies that make it last longer. It would also be nice if the action camera you’ll get features the ability to easily swap batteries or comes with a spare battery in the package.

An action camera would be nothing without its accessories. These add-ons take your device a notch higher to what is it expected to deliver. It allows you to do something that would make your videos or photos more appealing than when you are just holding your action camera. For example, an accessory can easily attach it to your helmet so you can take a video while mountain biking or exploring the wilderness.

SJCam SJ5000x Elite: One of the Best Helmet Action Cameras

The SJ5000x Elite is another budget camera from SJCam, a Chinese brand known for releasing powerful action cameras at low prices. However, this action camera sets itself apart from the company’s other offerings by being suitable for video recording while mounted on a helmet or a moving vehicle. The SJ5000 was designed to be easily mounted to any accessory. By adding it to an accessory, it can allow you to capture all kinds of adventures including when you are riding downhill, snorkeling in the Bahamas or attending your favorite band’s concert.

This action camera comes with the following features:

Pros and Cons of the SJCAM SJ5000x Elite

If you are still unsure about the SJCam SJ5000 action camera, this section will breakdown the features of this gadget. The SJ5000 is a budget action camera packed with all the essential features needed in an action camera. Read on to see whether this SJCam camera lives up to your expectation as a great helmet/outdoor action camera.

This SJCAM SJ5000x Elite action camera comes with the ability to record up to 4K video resolution (4K at 24FPS, 2K at 30FPS) and up to 12 megapixels. It also is capable of shooting in multiple modes for videos and photographs including fisheye, time-lapse, and burst mode.

The SJ5000x Elite was able to produce great videos and photographs given that it is powered by a 12.0MP imx078 CMOS image sensor. However, quality can be a bit questionable when you are shooting in a low-light environment. Shooting with little light made photographs a little bit blurry. But its photography features are not really a big letdown considering most would probably use this action camera to record their adventures.

The SJ5000 x Elite comes with a water-resistant case, which allows you to use the gadget when you are snorkeling or playing a water sport up to 30 meters underwater. SJCam is known for bundling dependable, sturdy waterproof cases with its past products. The company did not disappoint with the SJ5000. It worked as expected when shooting in the rain or underwater. However, you might find some issues over audio recording when using the case. The sound comes off as muffled when the action camera is used with the supplied case.

This SJCam action camera is packed with a 900mAh battery that, according to the company, can last for about 90 minutes. It might be a little higher compared to what other action camera offers, but it might not last around that estimated time if you keep on recording on high-resolution mode. However, the SJ5000 offers something for you if you found yourself without juice.

If you are looking for a budget and powerful action camera with a battery that is easily swappable, the SJ5000 is it. This action camera was made so you can easily change your batteries in the middle of nowhere and you need more juice shooting. An additional bonus is that some packages of the SJ5000 also include a spare battery so you no longer need to invest in a new one. If you previously owned an SJ4000, you can also pop in its battery into the SJ5000 since they use the same battery.

You do not need to worry about connectivity when you are using an SJ5000. This action camera comes with connectivity features that include Wi-Fi and an ability to easily pair with your Android or iPhone smartphone. SJCam also released a dedicated mobile app so you can easily share photographs and videos from your SJ5000 to your mobile device.

Chinese action camera manufacturers are very generous when it comes to freebies. SJCam continues this trend with the SJ5000. There are a lot of options to extend the function of the SJ5000 through an accessory. This trait makes the action camera a perfect gadget for those who love to tinker and play with their gadgets by adding some accessories.

These are some of the accessories included in the package with the SJCam SJ5000:

SJCam claims that this action camera is capable of capturing all the images and videos you need. The company does have a point in its claim. The SJ5000 was constructed in a way that makes it easily mounted and is packed with a powerful image sensor to produce excellent videos and images. One user agrees with SJCam as he claimed that the SJ5000 did great in capturing videos while moving and even in low-light conditions. However, he said that it did not do so great when taking photos in dark places. But he added that the issue is nothing when you consider the fact that this action camera comes with all the accessories you need for your next adventure.

Another customer commented that the SJ5000 is a very capable budget action camera. He said it produced videos with crisp quality, which you can easily take a screenshot of. He added that it is the same when taking photos. The SJ5000 captured beautiful and clear photos even when using the time-lapse feature. However, he criticized the action camera’s night mode function. He said it is good, but there is still room for improvement.

A user claimed that the SJCam SJ5000 is a great GoPro alternative. He said that its function can compete against that of GoPro’s Hero 3. He added that the SJ5000 even exceeded the Hero 3 when taking videos and photos underwater.

Alternatives to the SJ5000

GoPro is one of the most known makers of action cameras. This reputation is seen in its Hero line of action cameras, which brings the latest technologies in one small device. The Hero 7 is no different. It boasts of improved image quality with a capability to shoot at 4k at up to 60 fps plus a built-in stabilization technology for professional looking videos. This GoPro action camera can also capture photos at 12 megapixels with burst photo mode. The Hero 7 is capable of everything the SJ5000 can do. However, it is pricier compared to the SJ5000 and comes with fewer accessories bundled.

The V50 Pro Access Fund Special Edition action camera is a limited edition product made by AKASO and Access Fund, which will see a portion of proceeds go to the organization’s environmental conservation efforts. This Special Edition action camera also comes with improved features compared to the regular V50 Pro. It is packed with the ability to shoot 4k high-resolution videos at 60 fps, has three batteries included and a bonus wrist strap. In terms of images and videos it produces, the V50 Pro Special Edition is able to produce crisp, professional looking videos with its Electronic Image Stabilization technology and 6-axis gyroscope detect position.

Yes. As you have read in this SJCam SJ5000 review, it is definitely a steal given its price and features. The SJCAM SJ5000x Elite action camera was able to check off all the important features in an action camera. It comes with a great 4K high-resolution video recording function, an easy to swap the battery, and a wide range of accessories that can extend its functionality. The SJ5000 is also one of the best performances when shooting underwater. Its waterproof case allows you to shoot up to 30 meters deep. It is a great addition to the fact that many are calling this a great helmet camera for outdoor adventures.