The Canon EOS 60D and the Canon EOS 7D are DSLR (digital single-lens reflex) cameras released in the market in 2010 and 2009, respectively.

To help you pick the ideal camera for your situation, let’s take a close look at the key features of these cameras!

Before we pick the differences between the two cameras, we’ll first go over what makes them the same.

In the following sections, we’ll look at the main features that are SIMILAR in both gadgets.

High image quality is now possible on every hand that has a digital camera. The Canon 7D and 60D are great examples as both are equipped with powerful imaging sensors.

For those who are new to photography, sensors are the ones responsible for delivering CRISP photo quality.

The main thing to look for would be the SENSOR SIZE.

Larger sensors can process larger pixels. This means that you can get richer color depth, wider dynamic range, and better low-light sensitivity than smaller sensors.

Another reason why photographers choose cameras with larger sensors has something to do with depth-of-field.

Need to single out your subject from the background? This would do the trick.

Depth of field would be able to blur out the background, leaving the focus on the subject.

However, larger sensors tend to cost more. Plus, they can be bulkier and heavier. BUT, a small ask for high-quality photos, if you ask us.

The two models are equipped with the same sensor.

Both have the APS-C sensor, with a format factor of 1.6 and a native aspect ratio (sensor width to sensor height) of 3:2.

APS-C Sensors are a crowd favorite as they tend to offer the right balance between portability and sensor quality. The Canon APS-C is reasonably sized (22.3 x 14.9 mm) yet packed with power.

The review cameras also have a similar resolution of 18 MEGAPIXELS.

Pixel size and pixel density depend on the megapixel. These two factors determine the quality of the photo when zoomed in.

Cameras with higher megapixels can produce images that retain clarity even after being resized.

It’s also a tie between the two when it comes to the sensitivity range.

This is also referred to as low light performance. This accounts for a camera’s sensitivity to light.

Tip: Although both have high ISO performance, be sure to avoid underexposure. When taking pictures, be sure to have ample light (i.e., sun or reflectors) to get quality shots.

If you need a more objective and quantified comparison between Canon 60D and Canon 7D, a good reference would be DXO Marks.

DxO Marks tests sensor performance in a laboratory and scores the RAW IMAGES. This means that no prior processing or edits have been made before the scores are given.

It mainly looks at 3 aspects of image quality:

Both cameras garnered an overall DXO score of 66, suggesting that the two provide the same imaging performance.

Side note: If we closely look at the scores per aspect, Canon EOS 7D has slightly higher marks on dynamic range and sensitivity to low light. Although minimal, Canon EOS 7D is the better option by a few points.

A mark of a good reliable camera also lies in the quality of videos it can capture and produce.

Video footage performance is another similar spec that the two cameras share.

Among the plethora of digital cameras, the two options have more than satisfactory read-out speed for moving objects or in fast-moving shoots.

The Canon EOS 7D and Canon EOS 60D have the same video clip specifications of 1080/30p.

1080/30p would produce a crisp, HD video easily, without any staggering clips.

Lastly, if the two models are put side by side, there is a minimal and hardly noticeable difference between the body size Canon 60D and Canon EOS 7D.

If we nitpick from a frontal view (width and height), Canon 7D’s body is slightly bigger by a meager 7%.

There may be small differences in dimensions, but both camera bodies are made equally. These are reliable companions even in tricky shooting environments and inclement weather conditions.

The body can resist the penetration of water, such as splashes from water jets. However, they are NOT completely waterproof.

Thus, submerging the body in water would damage both the body components and lenses.

Finally, although slightly varying in weight and body dimensions, the interchangeable lenses that can go with the cameras are all the SAME.

Since both have the same Canon EF/EF-S lens mount with APS-C Sensor, any photography lenses for the Canon 60D should fit with the Canon 7D.

Remember, your choice of lens would greatly affect your images. The quality glass would immensely improve Canon’s APS-C.

Lenses determine the focus by directing rays of light to your subject. Even if they both have a powerful APS-C, the lenses you attach will set it apart from other gadgets with the same body.

In addition to these, both Canon 60D and 7D both have:

It’s good to note that both have a hot shoe and PC Sync terminal.

A hot shoe is basically a mounting point where photographers can connect an external flash. Meanwhile, the latter is a feature that allows studio photographers to adjust and control strobe lights.

Although the Canon EOS 7D and 60D may share many similarities, these two different cameras would have their own strengths that are not found on the other.

In any camera decision, it’s important to factor in the viewfinder of your chosen options.

When talking about the viewfinder, the BIGGER, the BETTER.

For landscape photographers, the 4% could be crucial in getting “the” photo to capture more details in the full-frame.

These two specs are useful for professional and amateur photographers alike.

In some cameras, the image proportion is distorted or far from what we actually see. The higher the specs, the closer the image is to what we see with our naked eyes.

For action and sports photographers, this is an important feature.

A winning shot might lie in the difference of 3 fps between these two options under review.

Canon 60D lags behind EOS 7D by three frames per second. If you plan to shoot moving frames or cover live-action shoots, go for the Canon EOS 7D.

For those who want LCD flexibility, the clear winner is Canon 60D.

For example, you are trying to capture the perfect angle, but there is only ample space for the camera and your hands – a swivel screen would definitely come in handy.

The body design of Canon EOS 60D allows you to flip the swivel screen so you would have visibility of the image frame even before you click.

If you are a vlogger or a fan of selfies, a flexible LCD screen would be your best travel buddy.

In this round, Canon EOS 60D wins with its movable LCD screen, which can be transformed into a front-facing screen.

There is also a significant difference in terms of battery performance.

Comparing the total number of images captured in a single charge, Canon EOS 60D can take up to 1,100 shots. Meanwhile, Canon 7D would only be able to process 800 shots.

If battery life is a major deciding factor for you, Canon EOS 60D is our winner as it has longer battery life. The 300 frame difference is a huge gap for us.

On the other hand, Canon 7D trumps Canon 60D in shutter life expectancy.

Although not all photographers reach the end of their gadget’s life expectancy, it’s good to note that 7D has 50,000 cycles more than Canon 60D’s 100,000 cycles.

Go for the Canon EOS 60D if you need a gadget with reliable battery life. Choose Canon 7D if you’re looking for a heavy-duty, long-lasting companion.

Although Canon 60D wins in battery performance and LCD features, one thing worth noting with Canon 7D is its Focus Microadjust feature which is not present in 60D.

This feature allows you to fine-tune the settings of the camera with the particular lens used.

This feature may not be as flashy as the articulated screen, but it definitely helps photographers who are meticulous about their camera settings.

File storage in the memory card is also different between the two Canon cameras.

Be sure to check if your computer or laptop can read these storage cards. Otherwise, you might have to find an extension or adaptor, which would be an added cost.

However, the better option would mainly depend on personal preference. Both options have strengths in some aspects.

Is Canon 7d Still Worth Buying?

As the price tags for 7D have been driven down, you’ll be able to get ahold of a quality digital SLR camera for a great deal.

Is Canon 7d a Professional Camera?

Looking at its specs, Canon 7D is suitable for professional and semi-professional photographers.

This camera has the following:

Is the Canon 60d Still a Good Camera?

Canon 60D is a quality camera even if it has been originally designed and launched in 2010.

When in good hands, the specs and features of this camera are more than enough to produce quality shots and videos.

Before we sum up the advantages of each option over the other, note that both camera’s production has been DISCONTINUED.

The Canon 60D was replaced by the Canon 70D. Meanwhile, Canon 7D has been followed by Canon 7D Mark II.

Canon EOS 7D Mark II is a better option for landscape photographers as well as during fast-moving shots. The fast burst of the camera can help you get that elusive image.

We recommend the Canon EOS 60D as its body is equipped with features that definitely benefited from technology advancements.

For the amateur or skilled photographers, this would be a reliable companion on long trips.

The swivel screen can be an important factor for vloggers, allowing the user to capture selfie moments or crucial angles.

There you have it! We hope this article gave you a clearer idea of these two Canon crowd favorites.

If you’re deciding to get a new camera, Canon 7D and Canon 60D are powerful and reliable cameras. They aren’t really that far apart and different, with only a few differences between the two. No matter how many comparison reviews are available online, the better camera between these options boils down to personal choice, preference, and factors that a photographer is looking for. 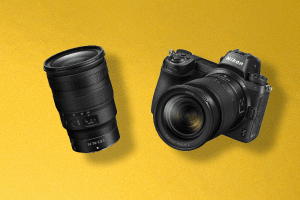