What is Lens Flare? 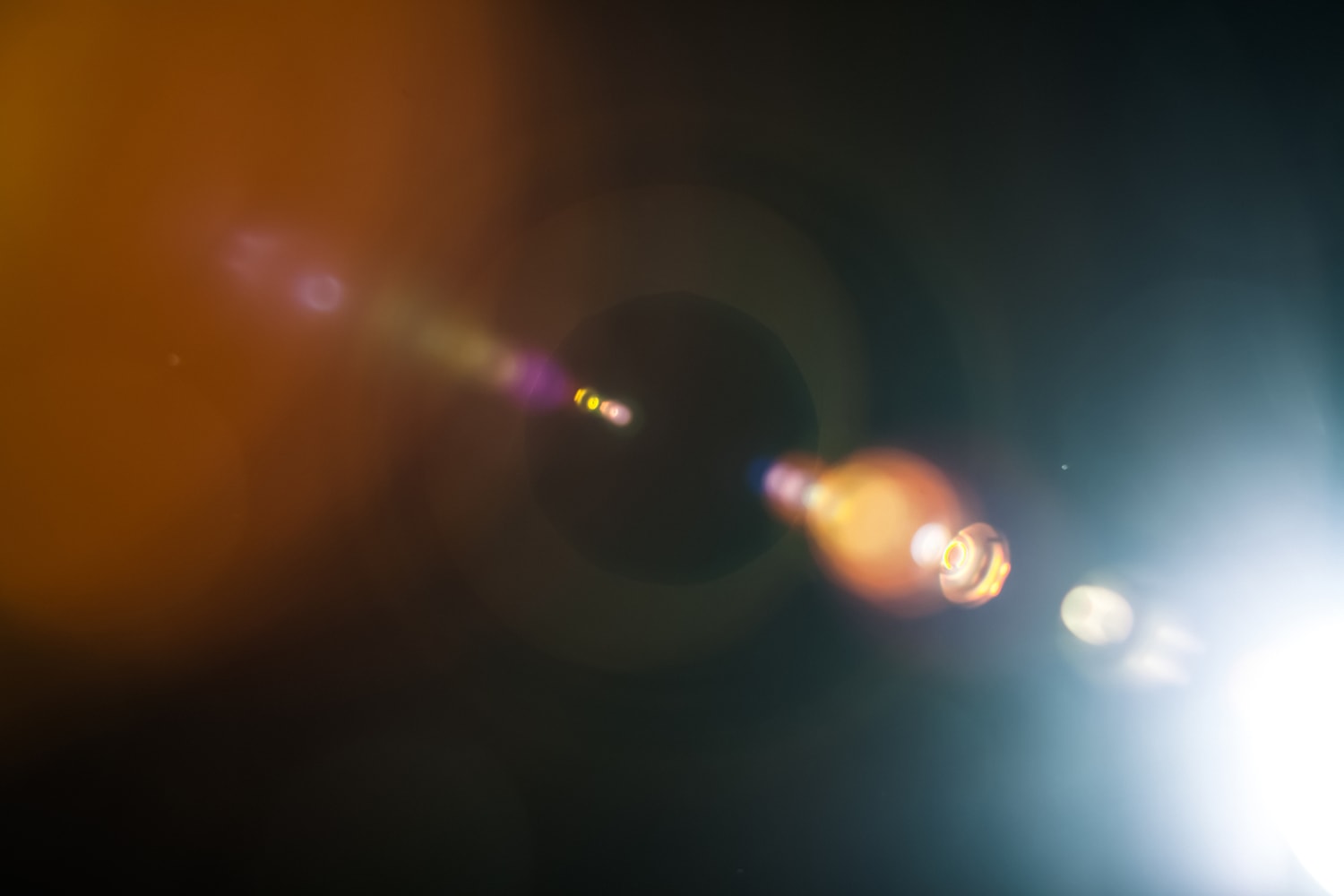 Lens flare happens when light rays from a bright source of light (such as the sun or artificial light) reach the front element of the lens of a camera and reflect and bounces off lens elements. This light can also bounce off the sensor, which can end up diminishing image quality and creating effects in images that weren’t actually there.

Lens flare can have a variety of effects on images. Here are some of the effects that can happen as a result of lens flare:

However, flare is not always a bad thing in photography. If you like lens flare, you can use it artistically in your photos.

What Is Lens Flare?

Lens flare happens when a bright light source, such as the sun, is significantly brighter than the rest of the scene. It can either be in the image (in the frame) or it can just hit the front element of the lens without actually being in the photo.

This bright light source can result in lens flare characteristics such as haze, lowered contrast, and artifacts spread around the image. These artifacts look like various shapes (usually the shape of the aperture) and have a variety of rainbow hues. This occurs as a result of internal reflections that occur within the lens, as well as reflections that happen back and forth between the camera sensor and the lens.

As we’ve discussed previously, lens flare happens when you take photos with a bright light source in the photo or just outside the photo. There are different types of flare that happen for different reasons.

In contrast to veiling flare, which causes images to seem foggy and low in contrast, ghosting flare, also known as “ghosting,” represents all of the artifacts that are apparent in the image, whether they are reflections of the bright source or forms that are similar to the lens diaphragm.

These orbs of various colors and shapes typically show themselves in a line from the light source and can be spread across the frame. This can result in multiple distinct artifacts of various sizes and shapes.

What you’ll notice is that areas of the frame that appeared darker with your own eyes will be brighter in the photo and colors will be washed out. This type of lens flare can make it difficult to edit your images, especially if you want high contrast and punchy saturation.

Veiling lens flare is best avoided by using high-quality lenses with anti-flare coatings. Additionally, you can help to avoid this type of flare by using your lens hood and something else to block out the light if necessary.

Sensor flare happens when light reaches the sensor, is bounced back to the lens, and then back to the sensor again, resulting in red artifacts in images.

Camera systems with short flange distances have their benefits (manufacturers have the ability to make lenses with larger apertures in particular), but unfortunately, they’re more prone to this type of flare.

Lens flare is caused by the sun or other very bright light source being in the frame or just outside of it. Lens flare can be intensified if the light bounces around inside lens elements, which is more likely to happen in lower quality lenses.

The amount of lens flare in an image will be affected by where a bright light source is in the frame. If, for example, you include the entire sun in your frame, there will be more flare than if you exclude the sun. On the other hand, flare can still result even if you don’t include it in the frame.

Lens flare isn’t always desirable and there are actions you can take to minimize it. Here are the main things to keep in mind.

How You Compose Your Shots

Use Your Lens Hood

Aside from buying a new lens, using your lens hood will be one of the biggest factors in minimizing flare.

Lens hoods help prevent certain unwanted light rays from reaching the front lens element and the ones from the lens manufacturer are designed with that specific lens in mind.

So if you’re the type of photographer who doesn’t typically use lens hoods, consider bringing it along with you, especially when you’re going to be photographing backlit subjects.

In some cases, just using your lens hood isn’t always enough to block out flare. In these instances, if you really want to cut down on flare as much as possible, blocking off more light with another object can help.

Think of it like how a hat visor or just using your hand can block out some of the sun’s rays, which makes it easier to see. To do this while photographing, you just use your hand or another object to block the light coming in between the lens and the light source. You can use literally any object for this; your hand, a hat, a camera bag, a newspaper, a magazine, or whatever you have on hand. It makes it easier to do this if you have your camera on a tripod.

Prime lenses have less complex optical formulas and fewer lens elements, which means light has less chance to bounce around and create flare.

Not all primes deal will with flare, particularly older primes. However, many newer prime lenses with anti-flare coatings do a very good job of suppressing flare and maintaining contrast.

With low to standard quality lenses, lens flare can be out of your hands to a certain extent. Some lenses just do not do a very good job of reducing flare.

That’s where high-quality glass comes into play if you can afford it.

You’ve probably noticed a variety of rainbow-like colors when light hits a camera lens from different angles. That was likely a lens’ anti-reflective coatings.

These coatings reduce the internal reflections within a lens, which reduces flare and ghosting. The way these coatings work is that they allow light to more easily pass through the lens elements, rather than being reflected or bounced back off of them. A lens coating is a very thin layer of optically transparent material with a certain refractive index that is used to reduce reflections.

Flare isn’t inherently a bad thing, especially if you like the look of it. Some photographers don’t but it’s your photography so you get to express yourself the way you want.

As you develop your taste in photography, you may realize you like to use flare in some situations and not in others. So it’s good to know how to get flare in your photos if you want to use it creatively.

If you want to purposely generate lens flare in a photograph, the main action that’ll get you this result in photographing towards a bright light source. A lot of times that’s the sun, but it can be anything bright.

Another easy way to get more flare in your images is to not use your lens hood. As a result, you’ll get more direct sunlight into your lens that may reflect off other lens elements.

When photographing for flare, a zoom lens is more likely to produce it rather than a prime lens. Zoom lenses have more lens elements, which results in light reflecting off the elements. Another nice thing is that zoom lenses also provide you with a variety of focal lengths and compositional possibilities, allowing you to position and edit flare in your image exactly where you want it.

In some cases, you may need to shoot in manual mode or utilize exposure compensation to overexpose your picture (positive values) in relation camera’s suggestions in order to get flare.

Flare is becoming increasingly popular as a means to draw attention to the brightness or apparent warmth of a scene. Lens flare has also been used creatively in the film industry. Some films make extensive use of lens flare to add drama or other creative embellishments.

Flare is popular among portrait photographers, as it’s a natural side effect of backlighting subjects, which is often a good approach for portraits. A good thing to keep in mind when utilizing flare in portraits is to block the sun or light source behind a subject’s head so that you don’t get strong flare on their face.

Even though flare can look really cool, if you like your images with a lot of contrast it can be a hindrance. On the other hand, flare can make hazy images that look just fine with the lowered contrast. It works well especially with portraits if you do it right.

If you want to avoid flare, there are several ways to do so. The most important is how you shoot and where you place the main light source in your frame. You can avoid a lot of flare just through how you position yourself in relation to the light.

Shooting with a high-quality lens and using your lens hood goes a long way too.

Like with anything in photography, you can use a lens error like lens flare to your advantage. Lens flare can yield beautiful results.

Don’t be shocked if your initial attempts yield disappointing results. Shooting with lens flare may be challenging at times, so don’t be afraid to try new things.

When shooting in situations with a lot of potential for flare, it’s a good idea to take more frames than usual. That’s because the way flare manifests itself isn’t always apparent. It’s kind of a gamble how flare is going to end up looking like in your images, so it’s nice to have a lot to choose from. 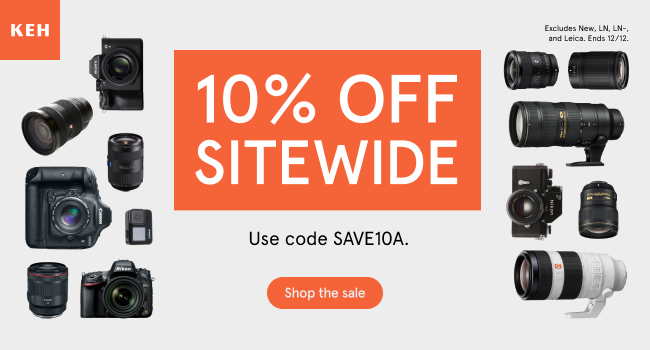